Cabochon cutting, also known as cabbing, is one of the most popular forms of gem cutting. So, what exactly is cabochon? In short, it is a gem that is cut in convex form and highly polished, with a rounded top and no facets and a flat, slightly domed base.

Not only are cabochon one of the most popular forms of gem shapes, but they are also the most traditional, meaning that they have been around for centuries. Why are they so popular? Many gems are cut in the cabochon form because they have specific properties that are displayed only in this form, such as:

When it comes to cutting your own cabochons, it is sometimes better left to the professionals, as it can be tedious work. But with lots of practice and plenty of patience, anyone can learn how to shape and create their own cabs.

There are a wide variety of machines and tools that help with cabochon cutting, and depending on your skillset, you may want something more advanced or more fundamental. Below are only a few of the tools used when cutting cabochon.

A rock rascal is one of the least expensive cabochon cutting tools and is one of the smaller machines that are used. It only holds a one-inch wide wheel, and users will have to change out accessories regularly.

The Genie by Diamond Pacific is currently one of the most popular cabochon cutting machines on the market and comes with six permanently mounted wheels. The first two are 100 and 260 grit diamond on solid wheels while the other four range from 280 to 12,000 grit, and all wheels have a foam backing that conforms to the curvature of the stones.

With Cabochon cutting, also comes cabochon carving. This provides a whole new dimension to your gemstone and helps you create unique, beautiful pieces. That being said, below are a few options for different tools used for cabochon carving.

A flex shaft is great for cleaning, polishing, sanding and more, and many come with varying speeds and a set of bits for these purposes. Flex shaft units are generally great tools for jobs that require intricate detail and precision. 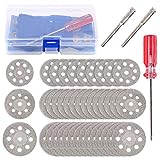 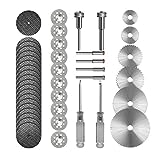 Once you’ve got your tools and gemstones, you are ready to get to work. When it comes to cabochon cutting and carving techniques, it may seem complicated, but the reality is that the oval is the most common shape, and there are only a handful of carving techniques to alter your cab further.

When it comes to cutting your cabochon, there are a few steps you’ll want to follow. While the oval is the most common shape, other shapes are manageable and only require a few adjustments.

There are a few basic carving styles when it comes to cabochon carving, and we’ve listed them below.

Cabochons are a Classic

Cabochons have been around for centuries and remain one of the most popular cuts around, and with a little time and practice, stone cutters can perfect both cabochon cutting and carving and soon create their own beautiful gemstones.