Eudialyte – A Precious Stone of Many Names

Eudialyte is a personal power stone to uplift and energize the person wearing it. Many nations, from old to new times, have given it different names in an attempt to elucidate its internal workings. What is a eudialyte? It’s part crystal, part gemstone, part legend. But the whole is always greater than the sum of its parts.

Where Can You Find Eudialyte?

Eudialyte was first discovered in southwest Greenland in the district of Julianehaab. Today, a majority of commercially sold eudialyte is sourced from the Kola Peninsula in northern Russia where over three hundred mineral species were produced.

Eudialyte can also be found in other places which include: Kangerlussuaq town in Greenland, Mont Saint-Hilaire in Canada, Magnet Cove in the USA, Langesund Fjord in Norway, and Madagascar.

Eudialyte – How Many Names Can a Stone Have?

The Greeks first named the crystal. ‘Eu dialytos’, they proclaimed, as soon as they had tried a series of experiments on the rare ore and discovered how ‘easily decomposable’ eudialyte is in acid. Thus, naming the stone from the said Greek phrase. 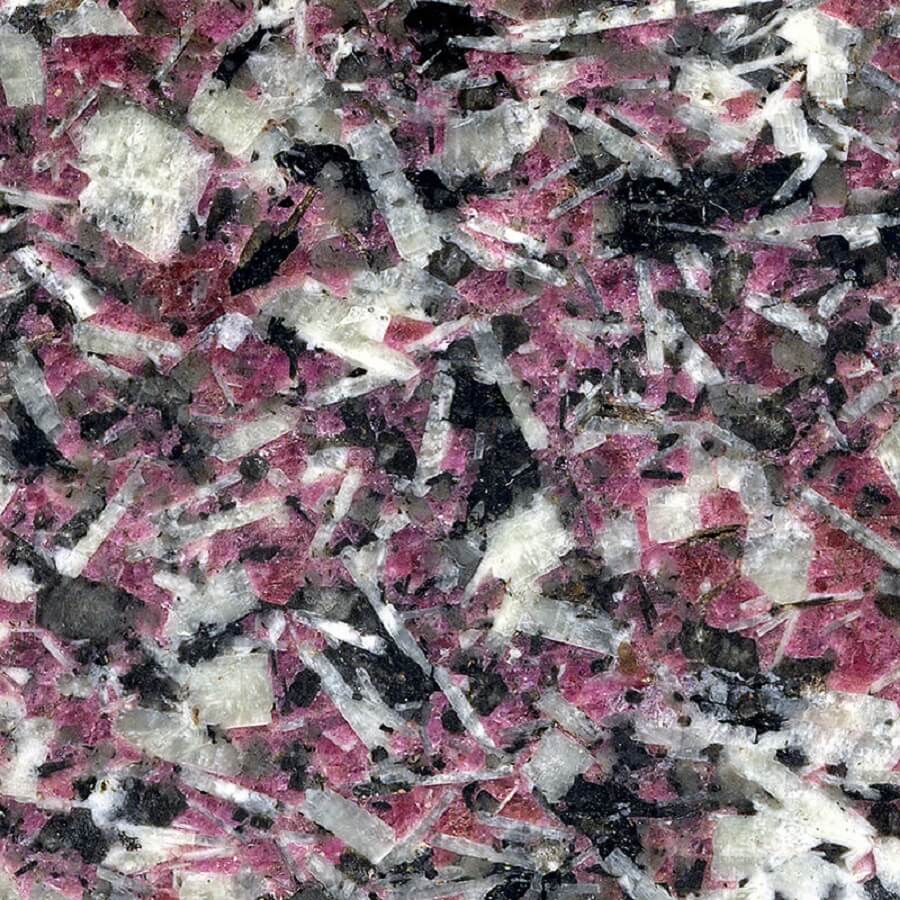 More of this silicate mineral was to be heard of in 1819 when eudialyte attracted attention in the Ilimaussaq intrusive complex of Southwest Greenland. It wasn’t easy. Other rarities were crowding the scene.

This 17 km wide complex hosted a variety of unusual rock types. It still is the mother source of thirty rare mineral species, including tugtupite, sodalite, aenigmatite and eudialyte, a huge uranium deposit, and a large reserve of rare earth elements, zirconium, beryllium, and niobium.

Eudialyte, which forms in alkaline igneous rocks, is usually no more than a component of a host rock. It rarely forms good crystals, and only if conditions are pristine does the stone yield any crystal faces at all.

A crystalline structure builds inside most gems. Crystals are divided into seven planes of symmetry. Eudialyte crystallizes in the hexagonal crystal system.

It is mostly used as a minor ore of zirconium. Its poor crystal habit limits it as a gemstone, making it of prime interest to collectors of precious stone. For use in jewelry, eudialyte is usually cut into the cabochon shape or carvings.

Untreated 100% natural Kola Peninsula cabochon loose gemstones are very sought after on the market and can raise the price to hundreds of dollars. 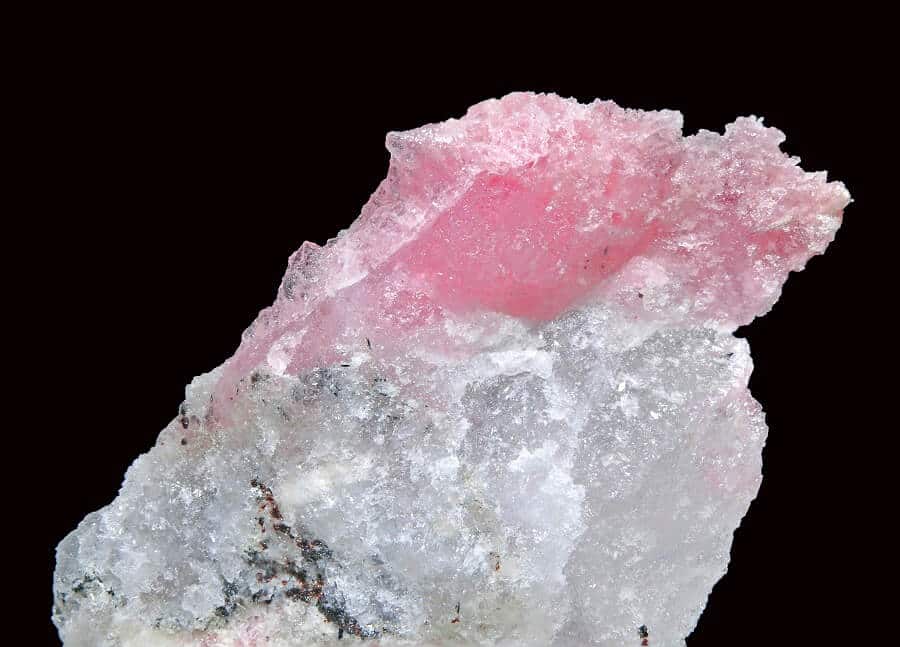 Lack of crystal habit, associated with color, also brings along a useful identification tag. One indication telling geoscientists they stepped into eudialyte is the finding of a pink-red mineral with no good crystals that could be associated with other alkaline igneous materials, especially nepheline and aegirine.

On the Mohs scale of hardness, the gem rates a 5-6 durity grade. While its refractive index, an indication of how many light rays are bent by the mineral, registers 1.598 – 1.602.

All in all, the best samples of eudialyte have semi-transparent crystals of deep red color embedded in veins of black, gray and white, and a vitreous, dull luster. Its colors range from pink to red, to a dark reddish brown or black. Still, there are varieties of green, yellow-brown or violet, although less common.

Some Russian dealers have baptized the intensely carmine red eudialyte as ‘Dragons Blood’.

The Legends around Eudialyte

Eudialyte goes under other identities as well. Almandine Spar, eudalite, or Saami Blood.

The names are not at all to be disregarded. They speak not only of the rock’s earthy origins but of its passage in time at the hands of men. Take the latter, for example.

Sami, the indigenous Finno-Ugric people dwelling at the border of the Arctics, on the wind-beaten Kola Peninsula, call eudialyte ‘Lopar blood’ or ‘Sami blood’. Of course, the stone’s viscous carmine red and brown appearance is the first giveaway, but there’s also an ancient Norse legend to accompany it. 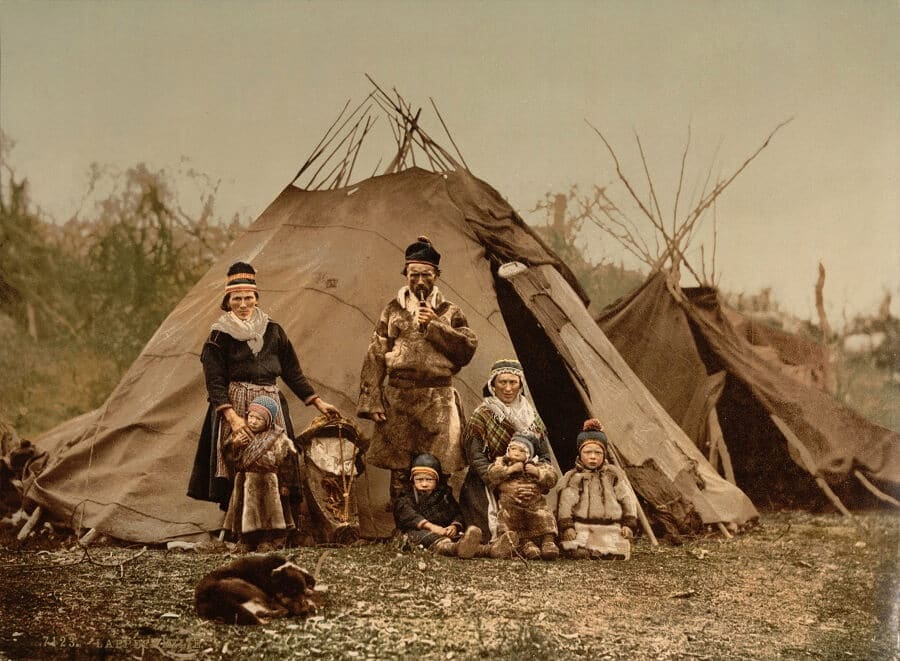 Sami folklore talks about a fabled battle against the Swedish warriors. The end of it saw the blood of Sami soldiers spattered around the tundra. Drops of it turned into the beautiful stone called eudialyte.

One thing’s for certain. The gem is as rare and precious as the blood of the men who spilled it.

Its scarcity in the earth’s core deposits puts only a handful or eudialyte-rich areas on the map. The stone occurs in the above-mentioned Khibiny Mountains- the Kola Peninsula, Russia, as well as in Mount Saint-Hilaire- Canada, Langesundfjord- Norway, Transvaal- Namibia, and on the island of Los in Guinea.

Because the last ice age shaved off the top sediment layer of the soil, The Kola Peninsula stands out as the prime source of eudialyte and other various minerals and ores, as well as rare earth elements and non-ferrous ones. 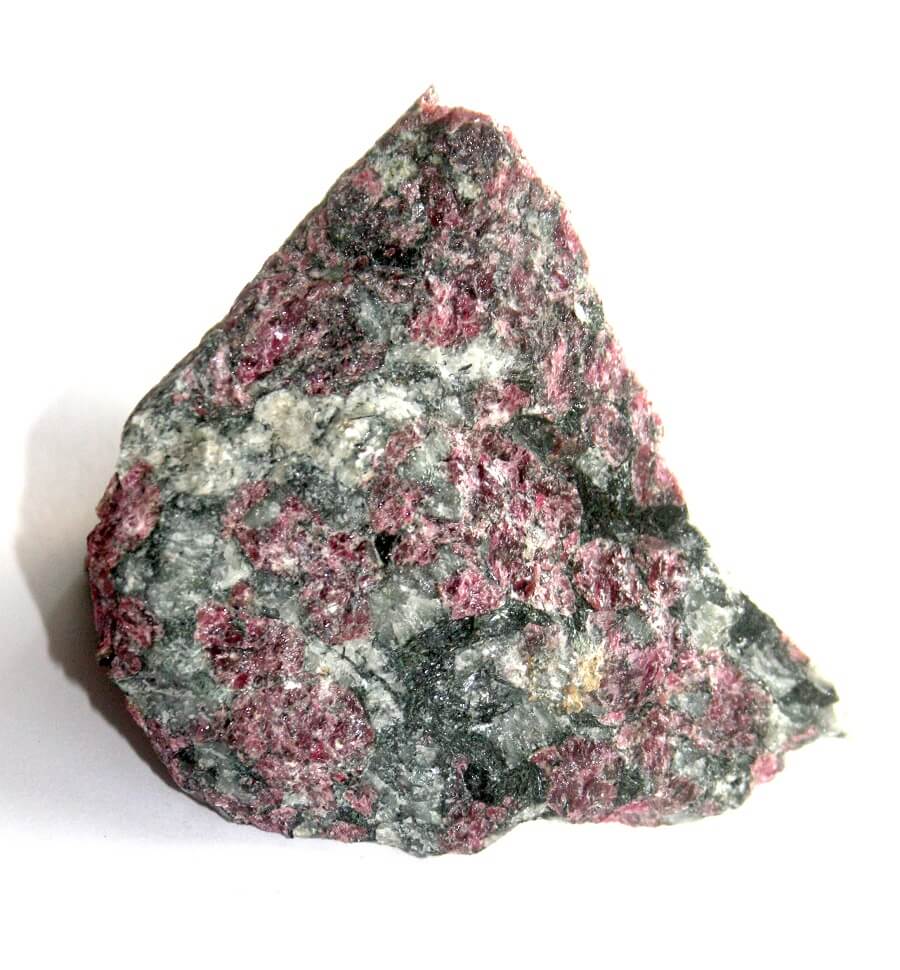 As the Soviet era imposed drastic industrialization in the area, significant deposits of apatite, sulfide, iron, titanium and, last but not least, eudialyte, piled in high mountains in the wagons of the Transsiberian and took the route out of the wilderness and inside city borders.

We’ve already referred to eudialyte’s glory on the battlefield. Since ancient times, soldiers have carried the stone with them in combat as a protective talisman. They believed it shielded the wearer as an invulnerability cloak and had the power to turn a coward into a hero. 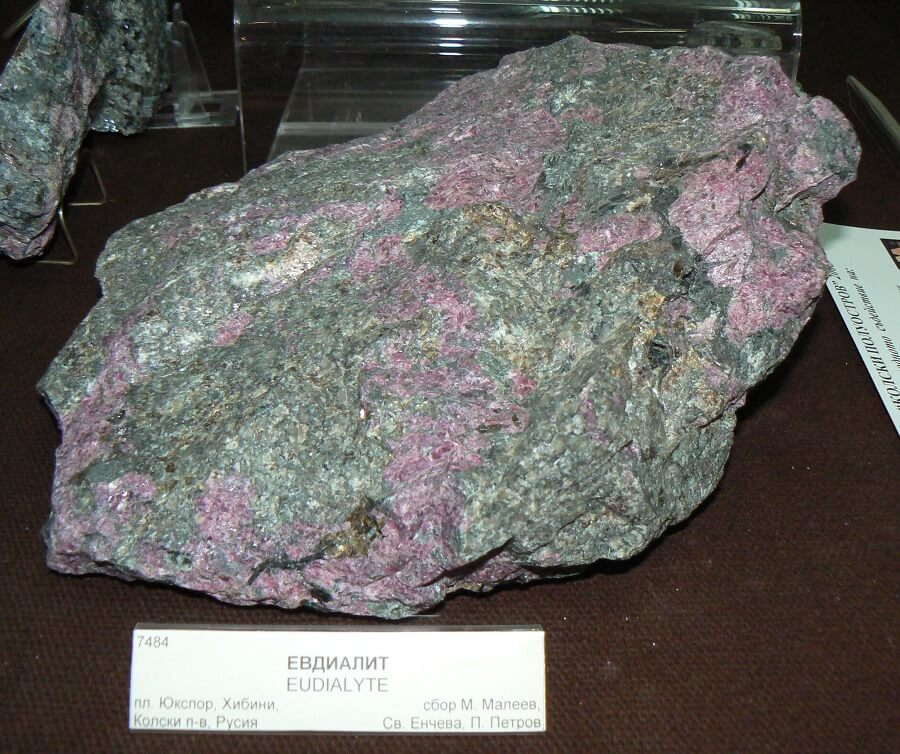 Nowadays, these properties are translated into modern age into the adrenaline junkie’s talisman. Those who indulge in risk-related activities, as well as energetic people who live a stressful lifestyle, are seen to prefer the eudialyte among other crystals.

Other metaphysical properties include:

Furthermore, this is the serendipity stone. Chances are that, if you’re carrying it with you, coincidences will upgrade to destiny’s interferences.