Zircon: The Oldest Crystal on Earth

There are a number of precious gemstones that have been around forever.

Specifically, for millions of years. Some of the oldest rocks found on earth comprise precious crystals that can be invaluable to the person who discovers them.

Often, however, they are priced and used in the creation of exquisite modern jewelry.

Let’s take a look at some of the oldest crystals to be discovered on earth by humankind.

Zircon is officially the oldest dated rock found on earth. Wikipedia defines a dated rock as a composition of minerals that haven’t been broken down by erosion over time or melted by external elements.

The oldest rocks found on Earth are made up of a zircon mineral. They are four billion years old. These types of stones are surprisingly rare, in a sense – very few of them are exposed on the Earth’s surface.

Western Australia is home to the geographical location of some of the oldest discovered zircon mineral. This mineral was found in a sandstone conglomerate in the Jack Hills, located in Western Australia.

In the Northwest Territories of Canada is another geographical site for the oldest rocks on Earth. Here you will find an ancient mountain range that has produced zircon minerals by being exposed to the elements.

A third well-known excavation site for finding these minerals is located in Quebec. In 2008 researchers from McGill University announced that the official age of this particular rock setting is 4.2 billion years.

The only other rocks found on Earth that are this old came from outer space. The Allan Hills of Antarctica exposed a molten rock that was crystallized 4 billion years ago. Apart from these, the zircon crystal is the oldest date rock on earth.

What is a Zircon Crystal?

Now that you know what the oldest dated rock on earth is, let’s take a look at the zircon mineral in detail.

Wikipedia explains that zircon is a mineral found embedded in the crust of the Earth. This is why it’s unlikely that you’ll see it on the Earth’s surface.

A zircon rock is typically quite small and doesn’t usually measure more than a couple of millimeters. However, it can sometimes grow to be several centimeters in length, although it’s not as common.

Zircon is a practical mineral because it is highly resistant to heat and corrosion. This is primarily why it’s been able to survive in an excellent condition for such a long time.

This mineral can appear in many different colors. These colors include reddish-brown, blue, green, gray and yellow. Zircon minerals can also be colorless. Their color can change if they receive heat treatment.

One of the most common colors for zircon minerals is brown. With the right type of heat treatment, this can be changed to colorless. If heated enough, brown zircon crystals can also become blue.

Purple, red and pink zircon crystals have also been found in the Earth. 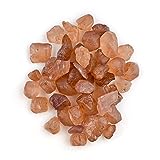 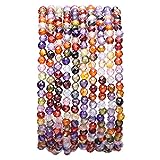 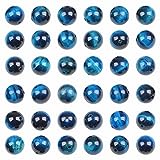 Uses of Zircon in a Commercial Setting

While geologists and scientists usually handle zircon crystals, they have other applications, too.

Healing Crystals explains that energy that people may experience by purchasing a zircon crystal. These crystals are sold commercially to bring balance and grounding to spiritual power.

Some people believe that zircon crystals have an intense energy that is connected to being profoundly spiritual.

The name ‘zircon’ is derived from an ancient Persian word. In recent centuries, it has been anglicized to become what we know it to be today.

Amanda Evans of JTV explains that zircon crystals are also used as alternatives to diamonds. Its hardness can be compared to a bath tile or an amethyst. It is commonly used in place of a diamond due to its luster and fiery sparkle. Only the colorless zircon crystals are used for this purpose.

A zircon crystal is known as the December birthstone in commercial jewelry settings. Some of these crystals are known to have a cats-eye effect. While the colorless type is popular as a diamond simulant, there are many other zirconia colors used in other jewelry.

There are many attributes to the zircon crystal, which make it a precious natural rock in its own right.

Zircon as an Ancient Earth Crystal

Zircon crystals have been cherished and revered for thousands of years.

They are the oldest discovered rocks on Earth. In a commercial setting, they are known for their high, contagious energy. They intend to invoke feelings of love and happiness.

Zirconia is commonly used in the jewelry industry, too. Its bright luster and color diversity mean that it is a solid crystal that can be used in a range of different settings.